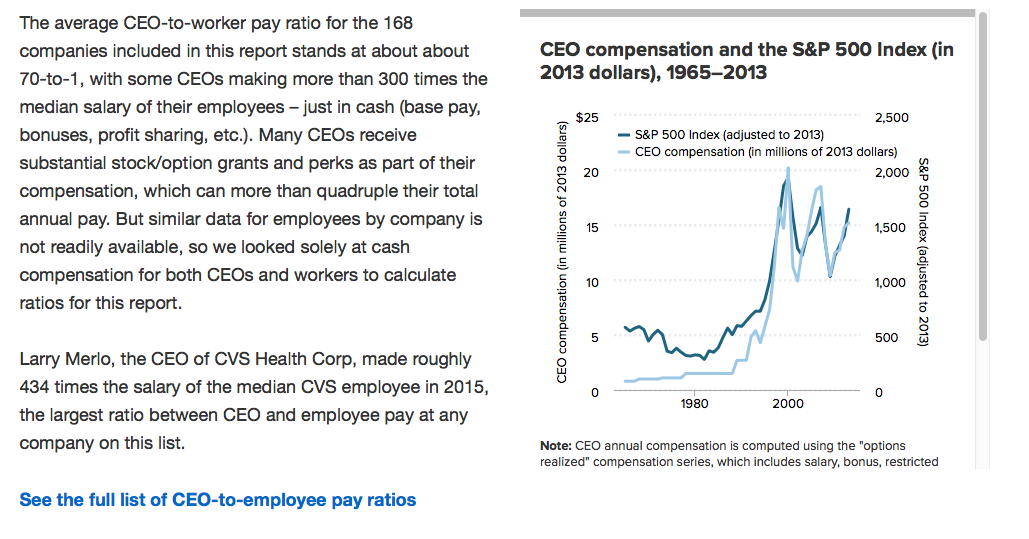 I was watching The Last Tycoon on Amazon Prime. There was a scene (season one, ep7) where the employees of the movie studio are All about to go on strike because their paychecks were suddenly cut by 30%. No warning, just 30% decrease in paychecks. Studio executive Monroe argued to the SAG union leader and an employee that the employees will think they are winning if their paychecks are restored, but they are not, because 2 less pictures will be made next year.

Monroe is a great character. A really talented guy who is always working, always A-Game, and an amazing leader. He’s loved by all employees and can negotiate anything, and well. He makes the studio a lot of money. So he makes a lot of money. It’s interesting though how his thinking is so biased and flawed, similar to the same train of thought used today. The studio making 2 less pictures for the year ahead is the fault of the studio, particularly the head of the studio’s ego-driven power-hungry immature decision. But they expect the employees to pay for it, not themselves. Employees who live paycheck to paycheck.

Currently, executives typically make exponentially more than other employees. Seventy times more on average, not including stock options which can quadruple that (see images/link info below). When executives screw up enough to get fired, they often get a golden parachute ride out. When employees screw up enough to be fired, they get an unemployment check of a fraction of what they made at their job, and for a limited time. The argument is that executives carry their own weight, and more, and are worth it because they bring in that money. Regular employees don’t, and easily replaceable, unlike these 70x executives.

Let’s backup to Monroe’s argument to the SAG union leader and the employee: that they are hurting the studio (bigger picture) by asking for their paychecks to be restored. These people live paycheck to paycheck. They do the best work they can every day, and work just as hard. Bad lighting makes for a bad movie. Same with costume, makeup, set design, and every other small component. The small parts make up the large picture.

The studio making 2 less pictures the next year was nobody’s fault but the studios, and the studio executive’s at that. It was not even the employees fault, yet the studio expected the employees to pay for that mistake.?Which reminded me of?the banking meltdown of 2008. Or the way that politics work.?This is why I question if these methods may not be as ‘necessary’ as we think, but may actually be passe? Maybe these are simply outdated methods, that aren’t necessarily the best, but rather are just self-serving to those who run things.

For example, what was the big mistake exactly that they anted employees to give up 30% of their paychecks for? The head of the studio paid a loan back early to LB Mayer, who was head of the opposing studio. He did it because of ego, and Not because he could or should have paid it back early. He didn’t want to feel indebted to LB Mayer in any way, because that meant that LB Mayer was ‘winning’ and he was not. Pure childish ego. Look under the hood and you’ll often find that ego and power games are really the fuel and mechanics that run a lot of executive decisions. They have the freedom to do that. Deep understanding of what’s really operating things under the hood show that it’s rarely about just dollars and cents, but more often that not about ego and power, fueled by jealousy and inferiority complex.

If the studio didn’t pay it’s ego-driven studio head $125 million a year for example, and used that money to pay more talent who actually make the productions, down to the lighting crews, so that they didn’t have to live paycheck to paycheck, maybe it would make the studio head actually make work better and harder. As an example: not make ego-driven decisions such as paying back LB Mayer the loan prematurely, and take the money from employees instead. And maybe the employees would work better, and therefore the whole would and/or should work better.

The whole is a sum of it’s parts after all.

Which is what makes me wonder if this grandiose drastic disparity in pay may be simply passe?

Sometimes I wonder that if executives salaries can be distributed more fairly, and the pay was radically more equalized and fair, if that would make for a better workplace? One where employees truly would do better work, especially if they didn’t have to live paycheck to paycheck? I wonder if maybe these tyrannical pyramid systems of pay are actually necessary and legitimate, because executives and their 5000x paychecks really are worth it, or if they are simply just passe?

PrevPreviousHumans Are Animals. Dinosaurs Were Animals. Robots Are Not.
NextMinimum Viable Painkillers Or Too Many Notes?Next