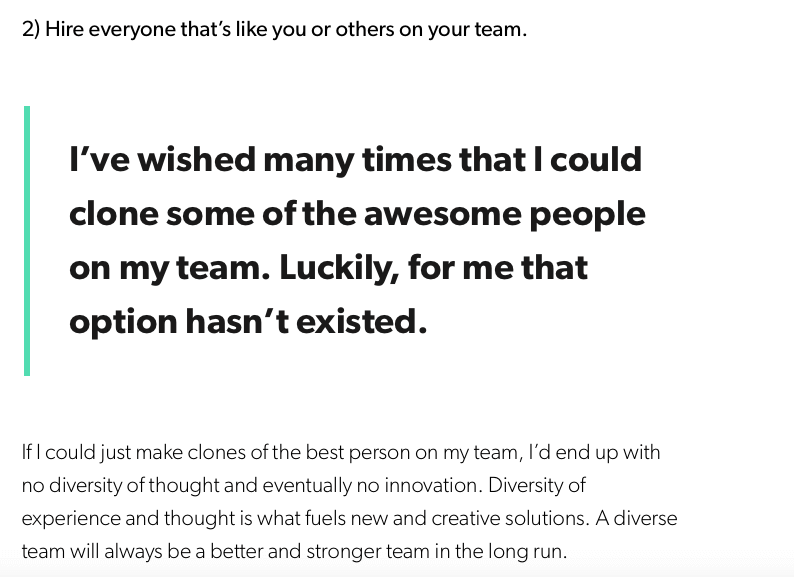 Adil Ajmal, a veteran CTO of 20 years who’s worked for Intuit, Posterous, Amazon, Twitter & more has given some great insight into “Answers to Top Startup Building Questions,” in an AMA for First Round Capital(link), and I captured a tiny fraction of it in the screenshot below.

It’s simply comfortable, natural, and first reaction (immature) to want to surround yourself with people who “Vibe” with you. People who you feel good with, have fun with, people who “get you”. And above all, people that You can understand, and you “get” (and therefore, someone predictable). And predictable results = higher chance of success, Right??

Immaturity is a word that means a state that we were supposed to grow past. Humans are complex, and some parts of us grow, some never do!, and some revert backward. We laugh about immaturity all the time. Donald Trump’s locker room talk? Immaturity. Funny right? Or is it entirely possible that he could be a better role model for future kids to not brag about grabbing women by the pussy and do what he wants with them? Or am I wrong, and does immature (obviously) not help him get results and do his job? This isn’t about Trump. This is about diversity and specifically technology.

Why technology industry? It has to be more advanced than any other in order to keep up, because it simply moves at exponential speeds and faster than any other industry. It cannot survive, and above all thrive, on old archaic methods. And that goes for diversity also.

But just like falling into habits of not exercising, and eating junk food, we also fall into the habit of comfort of preferring only the company of the familiar. Diversity is literally no different than exercise, or eating healthy food at First. But once you pass the threshold of discomfort and change (exercise… 4-6 weeks, food… about 10-14 days for tastebuds to change… humanity… not sure how long that takes!!

I get it though. I remember a work sit down dinner party where people started arguing about gun control. It was worse than a root canal. At least at regular parties you can circulate far far away. But not at a sit-down. And then you have to see and work with that person every day, over and over. That person that you can’t stand. And if you can’t stand them, how can you possible get work done?! Well, mature people can. Mature people can make jokes about it, mature people can live with differences. It’s like in an established marriage…. the differences and the quirks are what makes things strong. Not the first date “I like long walks on the beach. So do I!!” crap. Even magnetically, opposites attract… to create a really strong bonding force that strengthens.

Humanity is lazy, it’s detrimental, and unfortunately we are at a precipice where robots and AI are going to change industries at unprecedented speeds and levels that experts can’t even predict. I mean personally, I’d want to be as strong as possible in every way possible, and yet people get into the details of it and make it seem much more complex. Diversity really is that simple. And anyone fighting it is either one of three things. 1. Clueless. 3. Lazy and preferentially siding with comfort. 3. Fighting change.

Has fighting change Ever worked?? Especially for a technology company? Ironic that tech companies have glaring numerically inarguable imbalances of diversity, when these are the companies that should understand that diversity fills in a lot of blindspots and strengthens, not weakens.?But by all means… keep fighting! 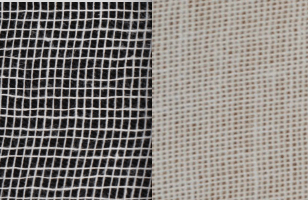